You may be familiar with the terms “Point-and-Shoot” and “DSLR” if you’re somewhat familiar with the photography world. Are you aware of what the difference is? Before we launch our next mini-series on DSLR’s we want to explain just what the difference is and the importance of DSLR’s in photography. We’ll also take a peek at iPhone Cameras as well.

The traditional point-and-shoot camera, also sometimes referred to as a “compact camera”, is a still camera that was designed for the primary purpose for simple and easy use. Most have focus free lenses or automatic focus, automatic system for exposure options and have flash that is typically built in.  The main purpose is for easy photo capture with little to no camera knowledge necessary.

DSLR Cameras, often called digital SLR, is a camera that utilizes digital technology instead of film – it has both the optics and mechanisms of a single-lens reflex camera with a digital imaging sensor. Essentially DSLR’s allow you to manipulate and control significantly more settings than point-and-shoot. You also have the ability to switch out lenses and alternate between control options to suit the needs of the situation.

Business Insider put together an effective blog posting comparing the visual differences between your DSLR, Point-and-shoot, as well as the iPhone 6. This image here is the findings of their comparison: 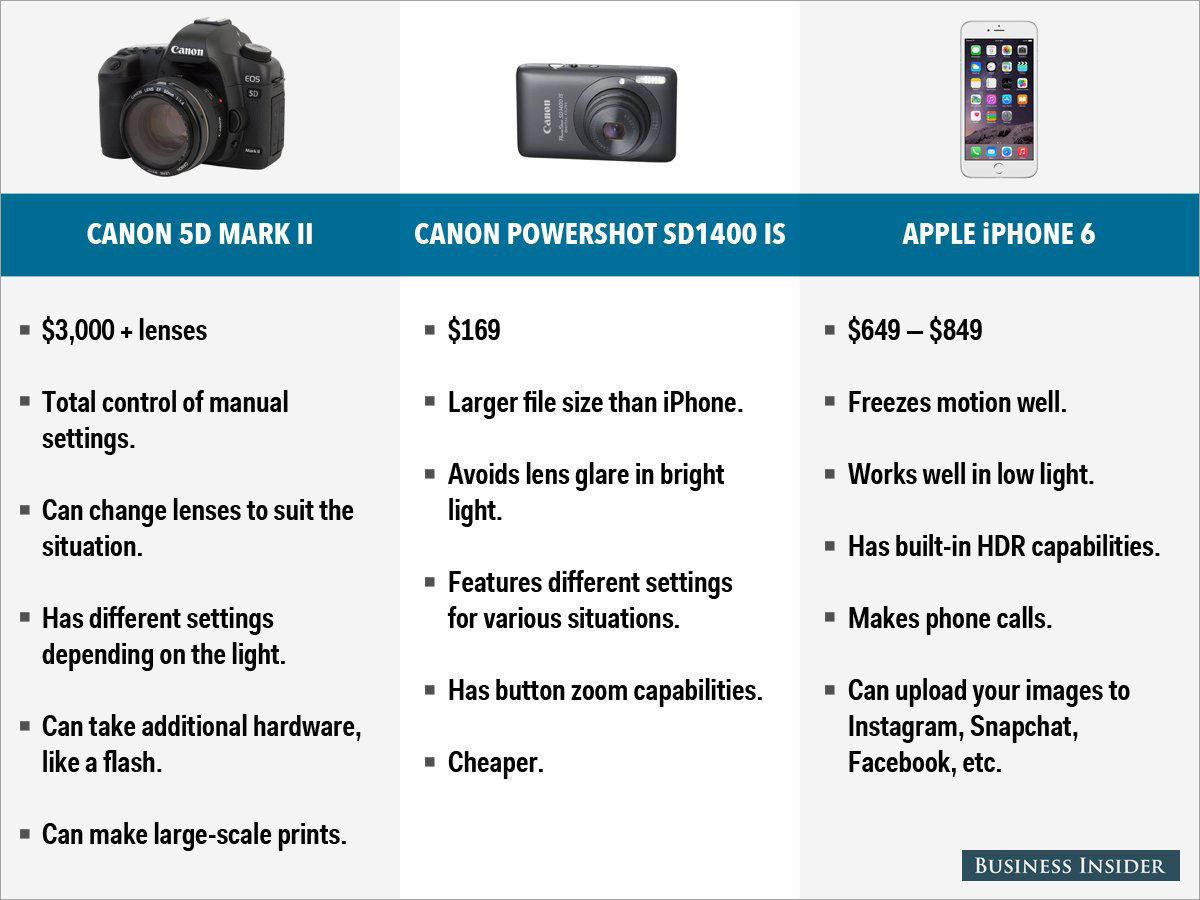 So overall, DSLR’s are by far the best for image quality and control. However, they take extensive knowledge to work effectively (utilizing the camera out of “auto” mode) and have a much higher price point. Between the two more “user friendly” and everyday type camera options, iPhone & Point-and-shoot, iPhone’s are the better option. iPhones have the convenience of having the camera built right into their phone making it perfect for everyday use and candid shots. Point-and-shoot cameras have a much lower price point and have the ability to capture most everyday life.

Stay tuned to our new mini-series starting next week!